Survey and Detection of Invasive Species in Us Ports of Call

M3 Consulting Group Recently completed a proof of concept study for the survey and detection of Asian Gypsy Moth (AGM).

Asian Gypsy Moth (AGM) is a persistent threat to North American commercial ports of entry, as increased global trading between host countries and North America has increased the amount of commercial trading vessels that are at risk for AGM infestation. The first detection of AGM in North America occurred in 1991 at the Port of Vancouver in British Columbia, Canada (Savotikov et al. 1995). Between 1991 and 2012 AGM was eradicated on 20 separate occasions across the United States (USDA-APHIS 2016). Unlike female European Gypsy Moth which are incapable of flight, female AGM are capable of achieving flight ranges up to 25 miles (Savotikov et al. 1995). The most probable time for AGM detection runs from May through November and depends upon which AGM host country the commercial trading vessel has visited as local AGM populations in these countries lay their eggs at separate times. AGM continues to threaten both east and west coasts of the North American continent, as commercial trading vessels that have visited high risk ports during AGM mating periods run the risk of serving as oviposition sites for AGM egg masses. These high-risk ports include all Japanese and South Korean ports as well as some Far East Chinese and Far East Russian ports (Schaefer et al. 1984). 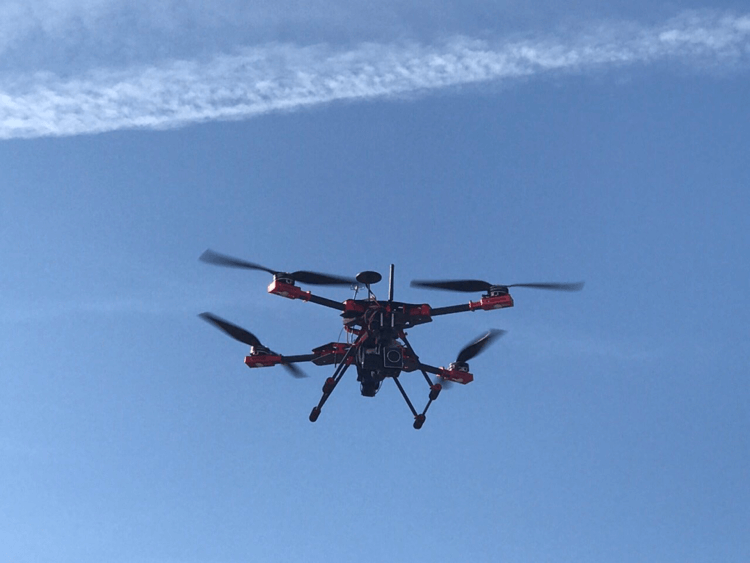 Female AGM are attracted to the lights of a commercial trading port in an AGM host country, and, as a result, the insect may deposit its egg mass anywhere on a commercial trading vessel and its cargo. The vessel will then leave port and, during transit, the egg masses may hatch. The newly hatch larvae will infest the vessel and can be blown ashore as they approach North American commercial ports of entry. Gypsy moths are one of the most dangerous forest pests in the United States effecting more than 500 different species of trees and shrubs. The UDSA estimates that the entire gypsy moth species costs the timber and agricultural industries of the U.S. $30 million a year for the past 20 years. Thus it is paramount to ensure that North American ports of entry have access to advanced remote sensing techniques which may aid in detecting AGM before a potential incursion.

Working with members of USDA's Animal Plant Health Inspection Service and the Department of Homeland Security’s Customs and Boarder Protection, M3 Consulting Group developed and deployed a small, backpack portable Unmanned Aircraft System at a US Port of Call. The Results were promising, with follow up studies expected later this year.