M3 first worked with NOW in 2016 in collaboration with USDA APHIS. During 2017, the collaborators conducted lab studies to assess the impact of M3’s Lepidoptera release device. These studies focused on the insect’s longevity and initial mortality following release through the lepidopteran device. The study found no significant difference between control populations which were not released and released populations, which indicates the release device has no measurable impact on the insects. Since then, M3 has continued to optimize its handling, transport and release methods for Lepidopteran pests through research and commercial releases of sterile codling moth in the states of Washington and Michigan.

In August 2019, M3 joined forces with University of California Riverside and USDA Agricultural Research Service to conduct proof of principle releases of sterile navel orangeworm via Unmanned Aircraft Systems. Most recently, Nathan Moses-Gonzales, CEO of M3, joined a panel at the annual Almond Conference this past December to discuss sterile insect release for NOW and its impacts to the almond industry.

Following the award, M3 will hire and position strategic personnel in Fresno, CA to support various research goals associated with NOW SIT. M3 will develop technologies to reduce the cost and increase the automation of several processes within the SIT workflow. In order to accomplish this, M3 will focus on optimizing the handling, transport and release of sterile insects; modernize technologies from previous SIT efforts; identify flight parameters; modify transport vehicles and conduct field releases to assess the viability of NOW when released via Unmanned Aircraft.

Economically, the impact threshold for pest damage to the pistachio industry is 0.5% (DuPont acc. 2015) and it is not uncommon for growers to find infestations on average of 2% (Kallsen 2002) despite effective chemical control and orchard cleaning efforts. At infestation levels of 5% or greater, growers will likely be forced to relegate the “entire load of nuts to be processed as shelling stock or lesser products instead of being packaged as the more valuable in-shell nuts that consumers associate with pistachios” (Kallsen 2002). NOW is the primary pest of almonds and pistachios with damage approaching 30% in both crops if left unchecked (Higbee and Siegel. 2009).

In addition to economic impact, public perception may also be negatively impacted, as frass and other detritus associated with larval infestation may remain in shell nuts and in some cases NOW may hatch within bags shipped to consumers.

M3 will begin operations in California the first week of April and will conduct weekly releases through October 1, 2020. This critical research supports almond and pistachio growers by providing new, 21st century tools to combat navel orangeworm. 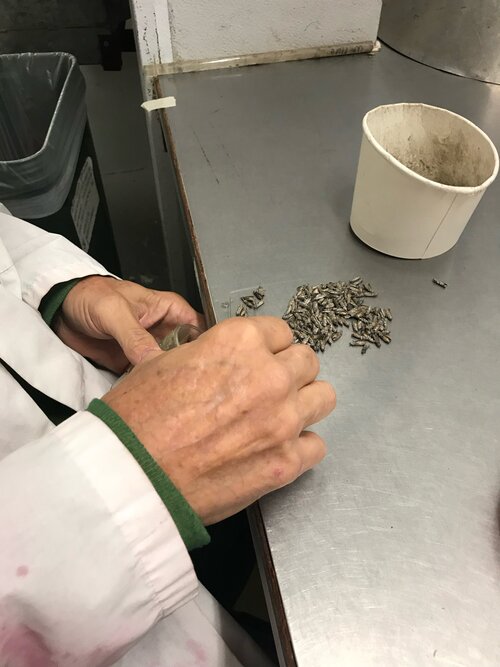